Death of a friend 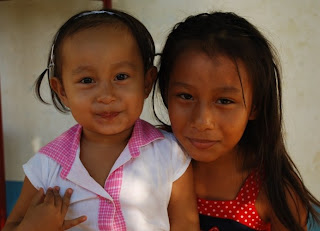 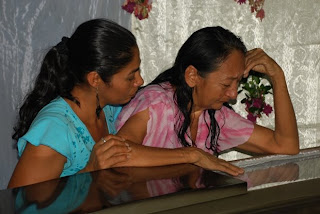 Dear friends,
My friend Carlos Cabrera was killed in Arauquita on November 28. He was forcibly removed from his home, taken to the outskirts of town, and then shot and killed. He was the secretary general of the Arauquita Displaced Persons Association, which represents people who have been forced to flee from their homes because of the violence. He had a spouse and two young daughters, and it appears that he was killed by ELN guerrillas.
The situation here in the state of Arauca is deteriorating rapidly. The week before Carlos was killed, an explosive was set off in the entrance of the social organizations building in Saravena – shattering windows on the first and second floors. A fragmentation grenade was thrown over the front gate of the Saravena Community Water Company on November 25 – causing slight damage to the exterior of the building. Eight people were killed, and two people were wounded, between November 23 and 29 in Arauca (total population is less than 300,000 people).
The two guerrilla groups in Arauca (FARC and ELN) have been fighting against each other for the past three years, and that conflict is worsening. Both groups have targeted civilians that they view as supporting the other side. Hundreds of people have been killed and thousands have had to flee from their homes in the countryside.
I traveled in a bus filled with Carlos’ friends from Arauquita to Fortul for the wake and funeral on November 30. I met his spouse Luz Mila and their two daughters – Luz Linney (8 years old) and Clara Lisbet (3 years old).
I was overwhelmed by the intelligence and insight of Luz Linney. She came up to me and very politely asked if she could ask me a question. She wanted to know where I was from and I responded by asking if it looked to her like I was from Colombia – which elicited a smile and laughter.
She asked me later on why I was taking so many photos and if I was a reporter. I told her that I’m somewhat like a reporter in that I send reports to people in the United States about life here in Arauca.
The next day, she sat down next to me and said, “Yesterday was hard. Today is better...How have things been going for you?” She then asked if people in Colombia receive my reports. She has relatives in Bogotá who weren’t able to attend the funeral and she was concerned that they would see the photos. “If they see the photos, they’ll be very sad,” she told me.
She then asked to see the photos. Some of the images reflect intense pain and sadness, and at one point I told her we could look at the photos some other time. “Let’s keep going,” she replied.
After we looked at all the photos, she said “You didn’t get a photo of my uncle when he was crying so hard.” I replied that I try to take a few photos that show people’s emotions but I also try to respect their privacy (a balance that is difficult to achieve). She seemed to understand because she said, “Some of the photos are sad, some are happy, and some are neither one nor the other.” We then looked at a few of the photos in reverse order as she told me which were sad, happy, or neither one.
The conversation with Luz Linney took place in the home of Maria Ruth (where I stay in Arauquita). Maria Ruth and Carlos were close friends, and she is very concerned that she and her spouse Armando could also be targeted by the ELN. Maria Ruth is the Arauquita representative of the Permanent Committee for the Defense of Human Rights, a member of the Arauquita municipal council, and a leader of the Democratic Alternative Pole opposition party. She traveled to Montana and the Northwest for a speaking tour in April. Maria Ruth and her family will be leaving Arauca for a while because of the increasing threat against them.
In love and solidarity,
CJ
Photos of Clara Lisbet and Luz Linney the day after the funeral, and Carlos’ mother (on right) and a friend during the wake:
Posted by Colombian Journey at 7:56 AM